Analysis of 185 studies spanning almost 43,000 men who provided sperm samples between 1973 to 2011 found a significant – 50 to 60 percent – decline in sperm counts worldwide. Led by a foremost authority in male infertility, NTMIC Sperm Lab offers sperm banking service in Dallas TX – the type of service that has helped millions of men around the globe become fathers. 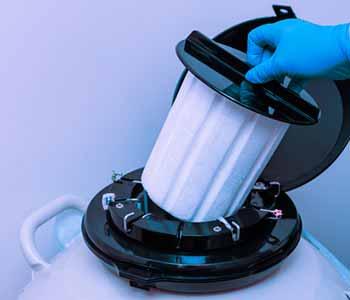 Sperm counts provide just one part of the overall picture; sperm banking starts with comprehensive analysis of samples. You can trust NTMIC Sperm Lab’s reputation as a regional reference laboratory for sperm testing and its elevated level of accuracy when defining male infertility. As a former director of male infertility at the University of Nebraska Medical Center and the University of Connecticut Medical Center, Dr. Jeffrey Buch is experienced and skilled in laboratory diagnostics and clinical treatment. Over its more than 24-year history, the NTMIC Sperm Lab has helped couples conceive with sperm banking – up to 14 years after the sperm was frozen thanks to both a combination of extensive clinical training and knowledge, and state-of-the-art equipment and monitoring protocols. All of these characteristics distinguish NTMIC Sperm Lab from other laboratories and make all the difference in couples’ ability to have the family they’ve always wanted.

Basically, banking is another way of referring to collecting and storing the semen that contains sperm. It’s also called cryopreservation or Cryobanking, because prepared specimens are placed in a very cold liquid nitrogen vapor and can safely remain in the storage tank indefinitely. When collected and prepared properly by the NTMIC Sperm Lab, semen samples don’t deteriorate even after decades frozen. This allows for sperm banking that fits your evolving life circumstances and goals. A teen or young man who stored sperm prior to treatment for cancer or other conditions can have healthy samples waiting for him and his partner when they’re ready to become parents and start a family years later. Likewise, a man who has a vasectomy can still realize the dream of becoming a father later should his wishes or circumstances change.

In addition to providing accurate sperm counts, which refers to the number of sperm contained in a given sample, NTMIC Sperm Lab’s analysis also determines characteristics such as the number of sperm that swim in a healthy manner (motility) and the proportion of sampled sperm that are shaped normally (morphology). Even men whose sperm counts and other results are out-of-the-norm can still become fathers; while current estimates of sperm count among men worldwide are lower than those recorded historically, all it takes is a single sperm to fertilize an egg. But the more samples, the better. Generally, at least two or three samples are recommended. NTMIC Sperm Lab also offers sperm washing services to increase the odds of successful conception. Washing or sperm processing isolates the healthiest sperm for collection and, later, for use with Assisted Reproductive Technologies like Intra Uterine Insemination. In fact, washing is required with IUI, as the thawed sperm is placed in the womb during ovulation and directly inserting raw sperm into the uterus can give rise to severe, painful complications.

Fact v. Fiction (and other good things to know) 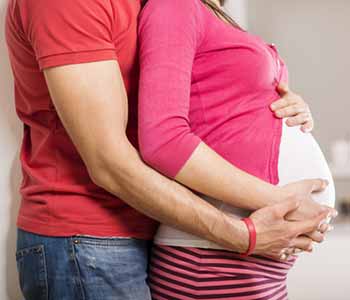 There are a number of myths circulating on- and off-line about fertility treatments; for example, babies conceived as the result of sperm banking and fertility treatment aren’t at increased risk of birth defects or delayed development. Overall, children conceived naturally have a 3 to 5 percent risk of birth defects and a 1 to 2 percent risk of developmental delays. Likewise, infertility treatments don’t automatically mean multiple pregnancies. Most twins are the result of couples conceiving on their own. Seven to 15 percent of quadruplets and triplets were conceived spontaneously, however, multiple pregnancies are associated with medications designed to increase ovulation when female infertility is a factor.

You and your growing family deserve a knowledgeable team and the latest technologies. Contact NTMIC Sperm Lab at  (972) 616-4477 to find out more about sperm banking and related services.

Back to Sperm Banking Page