Congratulations! You have found the person you want to share our life with. You are ready to start a family, and you have been trying. It just isn’t happening, though. Intrauterine insemination (IUI) could be the next step, but it is an expensive and emotional one. Some couples repeat IUI multiple times before successfully conceiving. Some are not successful. The process of sperm wash treatment could dramatically increase your chances of conception with IUI. Dr. Jeffrey Buch has brought this joy to many couples across the Dallas, TX area. 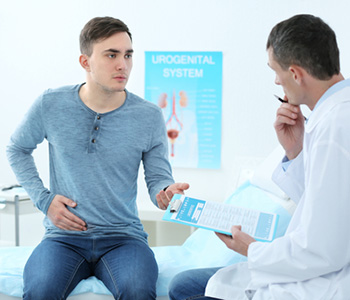 Sperm count is the number of spermatozoa contained within each ejaculation. On average, a fertile man has a count of about 80 million sperm per milliliter of semen. Fewer than 20 million per ml (or 40 million per ejaculate) is referred to as oligospermia or low sperm count.

Low sperm count can have many complex causes, though fortunately most can be addressed medically or occasionally through lifestyle adjustments.

Sperm motility is a measure of how efficiently sperm move through the reproductive tract of the woman. To reach and penetrate the cervical mucus and fertilize her egg, sperm must achieve minimum progressive motility of 15 micrometers per second. When less than 40 percent of sperm move at this normal rate of speed, the condition is called asthenozoospermia, or more commonly “slow swimmers.”

Motility can be influenced by many of the same factors cited above that affect sperm count, as well as the use of recreational drugs and high body mass index (BMI).

Sperm morphology is a vital aspect of male fertility, but one that is unfortunately often overlooked in treatment. Dr. Buch carefully evaluates morphology as part of semen analysis.

If you looked at an ideal sperm – one perfectly designed to fertilize an egg – under a microscope, you would see distinct characteristics:

Sperm with this size and shape are called NF or “normal form.” Variations or abnormalities (called teratospermia) such as multiple heads; bent, short, coiled, or multiple tails; unusual shape or size; or excessive vacuoles reduce the chance of egg fertilization.

Dr. Buch calculates the percentage of NF sperm per every 200 in a semen analysis to determine morphology. Normal healthy morphology is within the 4 to 8 percent range. 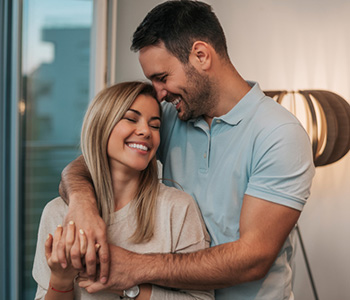 Varicocele is enlargement and backflow of blood in the veins that drain the testicles, which increases inner testicular temperature resulting in reduction of quantity and quality of sperm.  This is often treated by a minor day surgery with high success rates, even with morphology issues. Abnormalities in the semen analysis can also be due to a genetic trait. Smoking, alcohol consumption, excessive weight, and some nutritional supplements can also influence the semen analysis but have minimal impact on morphology.

Sperm wash is a precise process that can greatly improve the chance of conception through IUI.

NF sperm with better motility are separated from those with less desirable morphology and motility in the semen sample. Further processing produces a smaller amount of fluid with a high concentration of the best quality sperm. A sperm buffer is used which stimulates the female’s reproductive tract to accept the sperm that is introduced. During IUI, the physician places this premier sample in the uterus to achieve proximity to the woman’s egg at the optimal time.

By increasing the count of highly motile sperm with good morphology, IUI is more likely to successfully achieve conception.

Are you ready to be a dad? There is more you and your partner can do than traditional IUI. Call NTMIC Sperm Lab at (972) 616-4477 to schedule semen analysis with Dr. Buch.

Back to Sperm Wash Page