What is a sperm “wash”? Male infertility expert in Dallas, TX discusses benefits of washing process

NTMIC Sperm Lab has helped couples improve their odds of getting pregnant with sperm washing. Also known as sperm processing or preparation, sperm washing is a lab technique that isolates the sperm with the best chance of reaching and fertilizing an egg. This process removes impediments that stand in the way of sperm successfully fertilizing an egg; for example, seminal fluid can interfere with sperm’s ability to “do its job.” Seminal fluid is among those components that are removed. The washed sperm is later used in artificial insemination methods like intrauterine insemination (IUI). The Benefits of Sperm Wash in Dallas, TX at the NTMIC Sperm Lab are many; led by a foremost authority in male infertility, Dr. Jeffrey Buch, you can trust that samples are analyzed and processed accurately and to exacting standards. 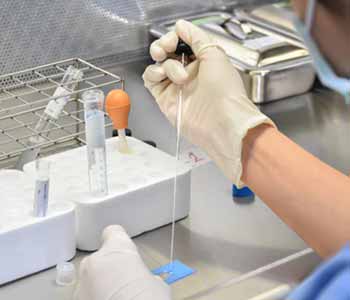 A regional reference laboratory for semen testing since its founding in 1994, NTMIC Sperm Lab also uses comprehensive assessment that accounts for sperm morphology, as well as the sophisticated density gradient separation method to wash samples. Taken together, these methods provide an accurate picture of your infertility challenges that helps determine treatment and allows for the recovery of the healthiest sperm.

Sperm washing is best for men with low sperm counts or low sperm movement, but who have otherwise adequate morphology scores.

Treatment starts with NTMIC Sperm Lab’s accurate semen analysis. A “normal” semen analysis has counts ranging from at least 15 to 20 million per ml. The lower the count, the greater the chance that couples will experience difficulties conceiving.

A normal result from analysis means at least 50 percent of sperm move normally an hour post-ejaculation. Also known as motility, movement is an important indicator of fertility because sperm must travel to fertilize the egg. Sperm are graded on a scale of 0 to 4 or A to D, with 0 or D referring to no movement, and A or B or 3 or 4 referring to good movement. Another way of looking at motility is as follows:

The most common method of artificial insemination is IUI, and sperm processing is a must. In addition to overcoming infertility-related challenges, sperm washing is necessary to help women avoid painful contractions or infections brought on by chemicals in semen. The semen can’t be injected directly into the uterus due to these prostaglandins; the sample is washed first before the doctor places it in the uterus. 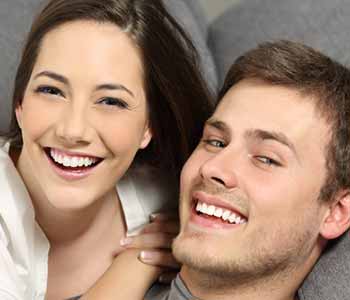 “Morphology” refers to sperm size and shape. Sperm with normal morphology have an oval head and a long tail. It’s common to have a large percentage of abnormally-sized and -shaped sperm; for instance, they may have an oversized head, or a crooked or double tail. These characteristics can affect the ability for sperm to successfully reach and penetrate an egg. NTMIC Sperm Lab takes morphology into account as part of the larger picture, along with factors like sperm quantity and motility. Most laboratories don’t assess morphology on samples for insemination. NTMIC Sperm Lab conducts assessments before and after sperm processing. These assessments can tell the team a great deal; if the morphology score improves after sperm washing, the fertility rate also improves.

NTMIC Sperm Lab also uses a multi-step technique to isolate the healthiest sperm. Instead of allowing the sperm to merely “swim up” into a culture medium, allowing the most motile swimmers to separate from weaker sperm, Density Gradient Separation involves using a dense liquid solution to isolate lighter immotile sperm and debris from their active and healthy counterparts.

Benefits of Sperm Wash for male infertility in Dallas, TX

While sperm washing has played a role in couples experiencing the joys of parenthood, success rates vary due to several factors. Generally, washed counts of 20 to 30 million/ml are more favorable than those in the 5 to 10 million-range. Call (972) 616-4477 to schedule an appointment, and to find out more about how you and your partner can benefit from the sperm washing process.

Back to Sperm Wash Page